My dear friend from college, Zachary Prell, has a line of beautiful men’s sport shirts that he designed and perfected having worn ill-fitting shirts for almost a decade in his previous careers as an investment banker and private equity professional.

Debuting in 2006, the sport shirts address a few, important details that Zachary saw were missing from existing shirts in the men’s category, including:

2) Perfect top button spacing (not too conservative or revealing)

5) Shirt tail the right length whether tucked in or out

Of course, I am a huge fan as not only is Zachary such a good friend, but friendship aside, his line of dress shirts are beautiful and look amazing on a thin, fit guy.  Moreover, the quality is exquisite, designed with top fabrics and beautiful mother of pearl buttons.  In fact, I’m not in the minority with this assessment as over 200 doors now carry Zachary Prell (www.zacharyprell.com), most notably retailers such as Neiman Marcus and Nordstrom’s.

It’s been amazing for me to watch Zachary build this line, ever since the concept began merely as fabric swatches in his New York apartment in 2004.  I remember helping him pick patterns and choosing his tag and logo design, and now it is a full-fledged men’s designer line that has been corporately profiled multiple times by WWD and Fast Company, and featured in Maxim, Esquire, Men’s Health, Ebony, and Town & Country, just to name a few of the top tastemaker publications. 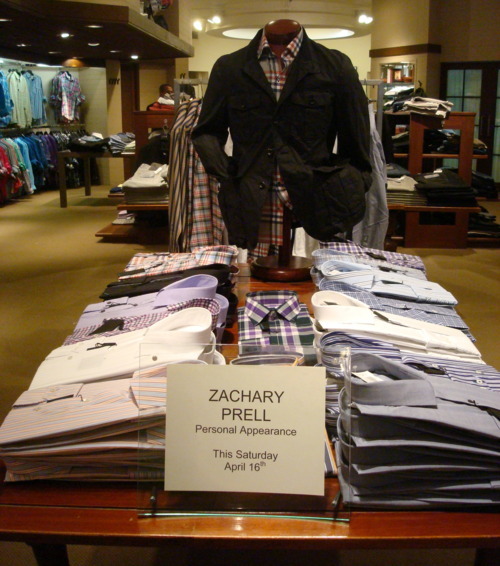 A table at Garys, featuring shirts from the Spring collection as well as the new Rivington coat from the line. 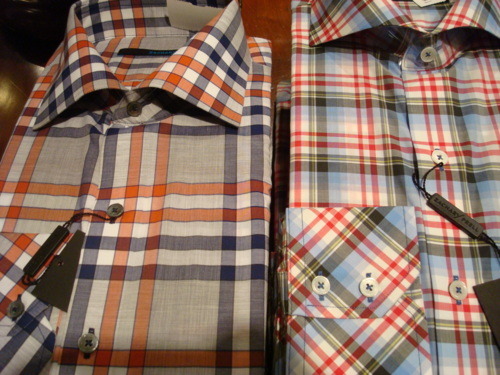 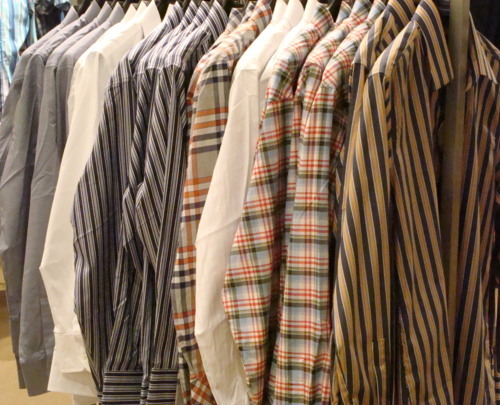 A rack of Zachary Prell shirts at Garys. 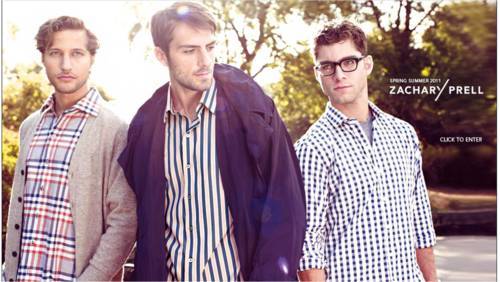 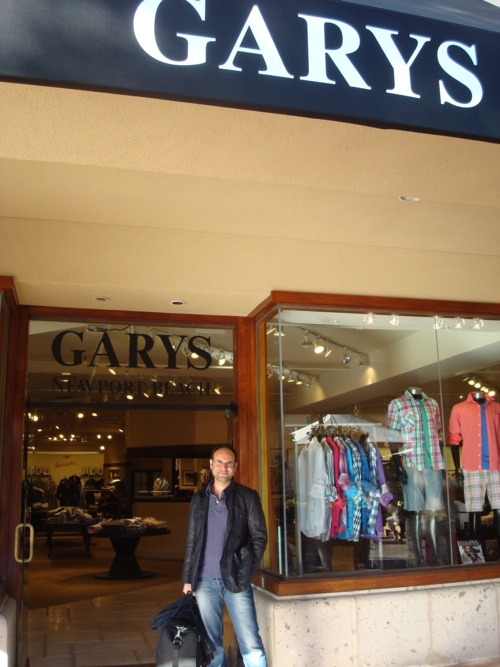 My friend, the designer Zachary Prell, in front of Garys, Newport Beach, CA.