I grew up in Maryland and The Preakness (which is the second leg in American thoroughbred racing’s Triple Crown series) is this coming Saturday. I really hope Animal Kingdom (the Kentucky Derby winner) gets this because the last time there was a Triple Crown winner was in 1978 (Affirmed). It would be so nice to see this honor bestowed to a thoroughbred once again.

My love of horses and horse racing actually began as a little girl. Ever since I was about 8 years old, I remember going to the race track in West Virginia with my dad and sister about once every month. My dad was periodically the doctor on-call at the local race track, and it was there that I learned the concept of win, place and show, and saw the horses, met the jockeys, and studied that racing booklet, picking horses that I thought had cool names or good odds.

So, maybe it’s that fond memory that really makes me gravitate towards Jules of the West’s Colossal Concho Belts (www.julesofthewest.com). When designer Julie Foster (AKA Jules of the West) asked me to wear one of her belts, I jumped at the chance! Granted, her belt was borne out of the love for the West, and the Concho is a classic symbol of the American Southwest, but wearing it will automatically give you the thrill of the romance and freedom of Westerns, cowboys, and of course, horses.

And you cannot just wear the belt and forget about it. It is most definitely a statement piece. With each concho measuring approximately 3 ½” to 3 ¾" in diameter, this belt is not for shrinking violets – only those bold enough to proclaim persistence, strength, character, fortitude and cohesion can properly wear the belt with confidence.

Each concho is individually cast in zinc and hand-finished. They are lead-free and cadmium-free, and each belt consists of 1 buckle and 7 pieces. It is seriously like wearing a work of art – it is so beautiful! As of this time, there are 3 shape choices – round, cross or square. A heart shape is planned for the future.

Symbols of Sun Rays and Birds’ Wings are cast on each concho. The Sun Ray in Native American culture means constancy (steadfast in purpose). Julie recalls struggling one day on the trail with her horse Sweetie Pie, but with repeated directions, at last Sweetie Pie cooperated and lapsed into a wonderfully exhilarating lope.  According to Julie, “That, to me, is constancy. I am reminded to return to it for the most favorable results of peace and orderliness and progress.”

The Birds’ Wings are influenced by the Southwest region, most especially an appreciation of Northern New Mexico and Northern Arizona, which symbolizes flight, freedom, and continuum. Julie notes, “Rooted or grounded in constancy, I love being able to soar with a place to land. To leave with someplace to come home to.”

There are 7 belt designs: Santa Fe, Fort Concho, California Mix, The Western, Lily, Victoria Barkley, and Sweetie Pie, and each belt retails for $495. However, customers can choose their own mix and swap out the conchos if desired. Each concho swap is $65 as they are not not sold individually.

According to Julie, “when you wear The Belt, expect to feel The Belt. And be The Belt.” She’s right. There’s no denying you have that belt on, so just let it transform you! 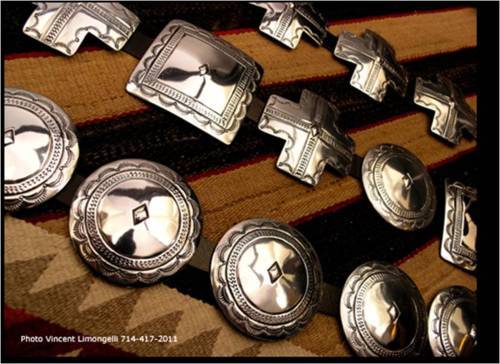 Some designs from Jules of the West Colossal Concho Belt

The belt from behind – notice the conchos circle all the way around! 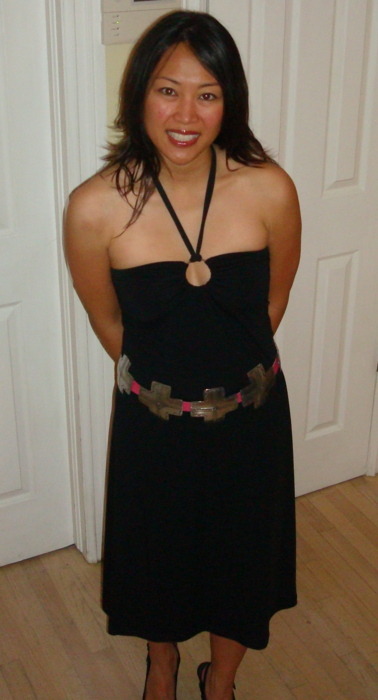 Dressing up the belt