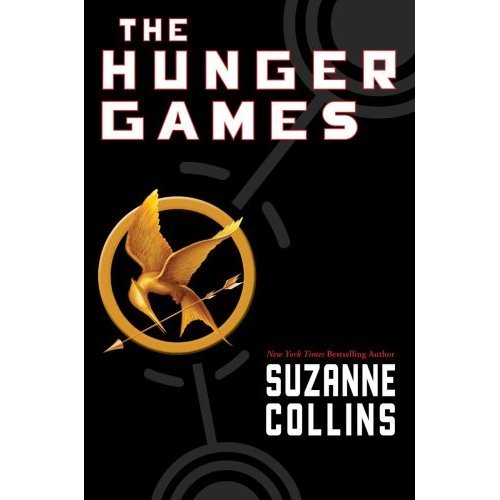 I finished reading The Hunger Games by Suzanne Collins this past weekend. If you haven’t heard about this book, The Hunger Games is a young-adult science fiction novel in the same category as the popular Twilight series. It was originally published on September 14, 2008, and is the first book of the trilogy. The other two books are Catching Fire and Mockingjay.

A quick overview on the plot: Sixteen-year-old Katniss Everdeen lives in a post-apocalyptic world in the country of Panem where North America once existed. The powerful government, located in the central city called the Capitol, holds all the power. To exercise its power, the Capitol chooses (based on a drawing of names) one boy and one girl from each of the 12 districts of the country to fight to the death in an annual televised event called “The Hunger Games.” The Hunger Games exist to demonstrate not even children are beyond the reach of the Capitol’s power. Anyway, the winner of the games obviously saves their life, but will also bring favor, food, and all sorts of good tidings to their specific district. Katniss is one of the contenders after she takes the place for her sister Prim whose name was picked in the drawing.

When I first heard about the plot, I thought it was bizarre. My boyfriend saw me reading this and even questioned why I picked up the book, as the sci-fi theme isn’t my usual reading material. But, I really enjoyed the book despite the whacked out and seriously wrong overall concept that children must fight to the death simply for the amusement of the country.

For those of you who have already read the book (and I will try not to give away too much for those who have not), what I found most fascinating is what Katniss possesses to win, or really, what does it take to make a winner.

Here is my take on how to win:

1) You must already possess inherent (or acquired via practice) talent, smarts and intuition. All her life, Katniss has had to “survive” or else starve. Since she has already honed in her craftsmanship as a skilled hunter, she has the true skills and talent to be a threat to the others who aren’t used to killing on a regular basis. She also possesses inherent smarts and intuition since she is able to “read” her mentor Haymitch’s clues.

2) You can’t do it on your own. You need to rely on others and it is a team effort. Katniss could not have won without the help and talent of Cinna, Haymitch, Peeta, and even Rue on her side. So, get rid of the ego and realize that two heads are better than one.

3) There is such a thing as karma. Do unto others as you would have them do unto you. Case in point: Katniss’s encounter with Thresh at the Cornucopia. It was her previous kindness and goodness that saved her life. Everything you do eventually does catch up with you.

4) You must do your own research and don’t assume others (even so called experts) know best. Foxface eating Peeta’s poisonous berries is the prime example.

5) Finally, you must be likeable. It’s not a popularity contest (in fact, Katniss’s true personality isn’t the likeable kind), but she knew how to play the game to win the hearts of her sponsors and the audience.

One last thing. Unfortunately, if you are skilled, you will be considered a threat and competition and others will gun after you no matter what. Katniss’s high score from the beginning already marked her as a target and the one to beat before the games even started. The Alchemist author Paulo Coehlo said it best: “Be the best and get prepared to be attacked by mediocres.”

So that’s my take on it. What do you think? I can’t wait for the movie! As many of you know, Lions Gate Entertainment acquired worldwide distribution rights to the film adaptation of The Hunger Games. The cast includes Jennifer Lawrence (as Katniss), as well as Woody Harrelson, Lenny Kravitz, Stanley Tucci and Elizabeth Banks. The anticipated release date is March 23, 2012.