I was at Fred Segal Eyes in Santa Monica, CA recently, and the owner, David Gonzales, who also owns the fantastic sunglass shop space Alexander Gray at the OC Mart Mix in Costa Mesa, CA knew spot on that my current Prada sunglasses were circa 2002-2004. How embarrassing!

But, of course, he was right since I have not replaced my sunglasses in almost 10 years! I thought they still looked pretty current, but David, an expert, knew right away from the frame design that they are that old.

Clearly, David knows sunglasses, and of course, he was able to look at the shape of my face and pick exactly which frames would look best on me. I was amazed at how perfect the frames looked! The two he picked out were a pair of Oliver Peoples and another pair of Barton Perreiras. Of course, I wanted both, and the Barton Perreiras (a mere $390) were so ridiculously gorgeous – it’s no wonder the stars of Entourage swear by this brand and sport them like no tomorrow.

I left without purchasing either, as much as I wanted both, because even the Oliver Peoples, which were the cheaper pair of the two, were still $350, and I wasn’t ready to justify that expense (not yet, anyway!) So, now I’m still wearing a decade-old style of sunglasses and thinking I probably should update, right? So, here are a few other alternatives I’ve been looking at. Which one(s) do you like best? 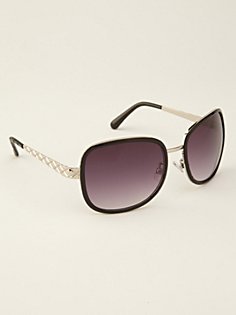 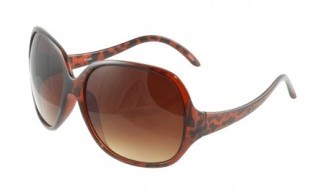 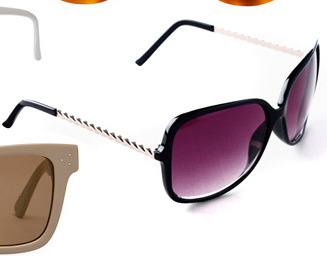 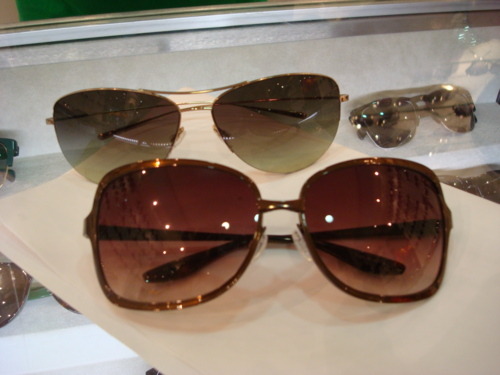 The Barton Perriera sunglasses David picked out for me (front), and the Oliver Peoples sunglasses (behind). Gorgeous, right? 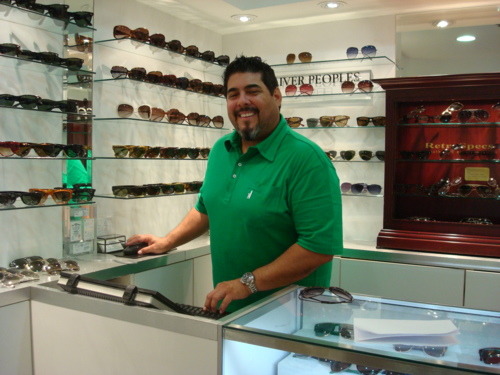 The knowledgeable David Gonzales who really knows sunglasses. He is your go-to guy if you want a pair that look fantastic on you.