I met up with my dear friend Louise and her husband Albert this past weekend at the Coto De Caza Golf & Racquet Club, which is one of two clubs in the private, gated community of Coto De Caza. If you’ve never heard of Coto, it is the setting of the reality-based TV show on Bravo, The Real Housewives of Orange County. I didn’t spot Gretchen or Alexis, but maybe it’s not their scene – it was a golf outing after all!

Louise and Albert are avid golfers, and despite that they live in San Diego, they trekked up north with 2 other couple friends to play a round. In fact, Louise is so good she won third place in some local women’s league championship! I don’t know full details, but I know Louise, and I am very proud of my friend’s golf skills. I am in such awe of her prowess since I, myself, took lessons for a brief while before my golf swing started giving me some elbow problems. Now, my clubs sit in storage! I’m that good (hahaha).

It was a rainy morning, and thank goodness, my only plan was to meet them for breakfast in the club house. By the way, the only way you can get into this gated community of about 4,000 homes (population less than 15,000) is if you 1) know a resident (like baseball Hall of Famer Rod Carew or tennis phenom Michael Chang) or 2) actually have a tee time at the club, where you must be a member. I got in because Louise and Albert had a tee time through their friends.

It is an absolutely beautiful club, and the food was delicious. My pancakes were so good. They were also doing some event with Jaguar so lots of people were test driving new models in the front of the club.

It was such a fun weekend outing, and I felt so fancy! Good thing I was wearing my new Audrey 3+1 Hippo dress from T.I.L. Darling so I fit right in. Isn’t it cute? Check out the club and the dress here! 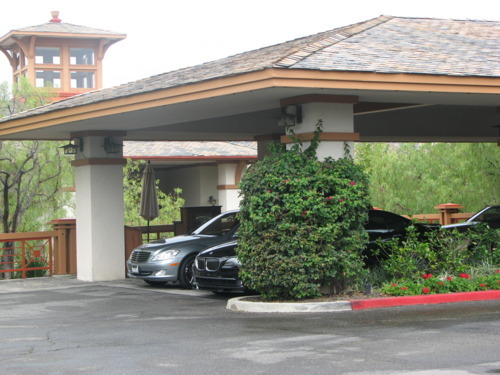 The entrance to the club house 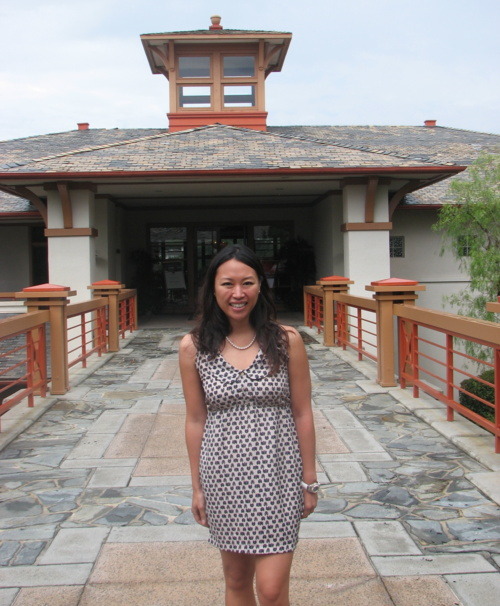 At the front of the club house. 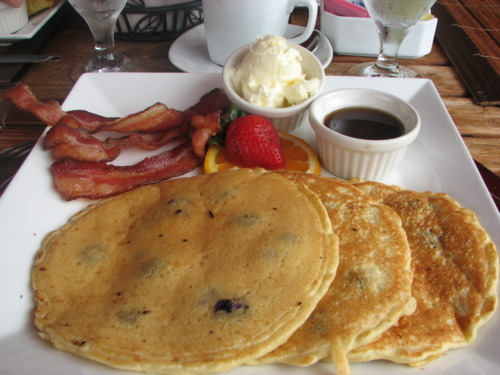 My delicious blueberry pancakes. I love that they were really thin. 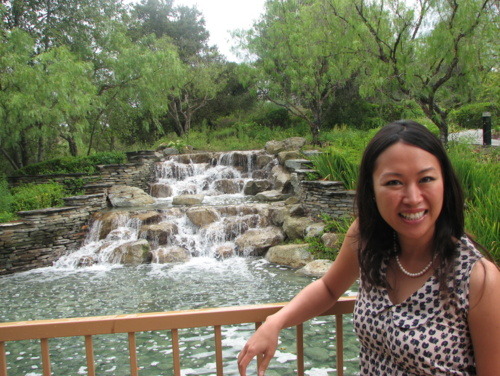 In front of the waterfall/stream. 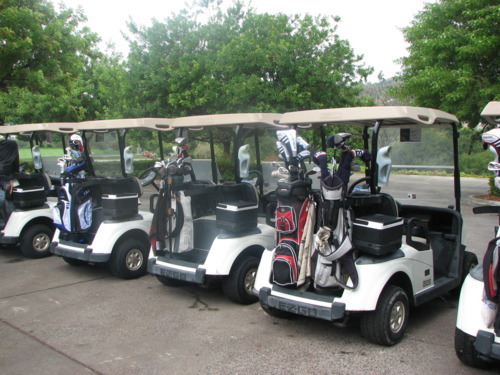 All the golf carts lined up 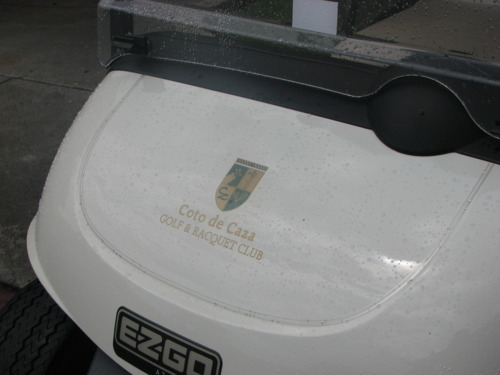 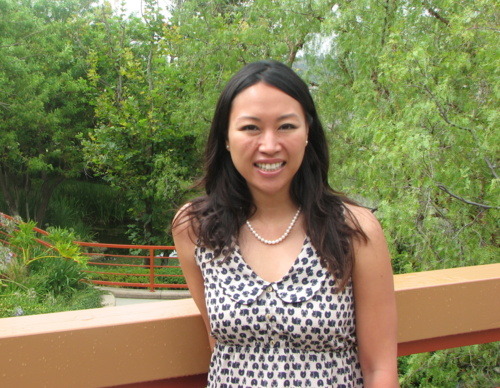 Another photo from the entrance 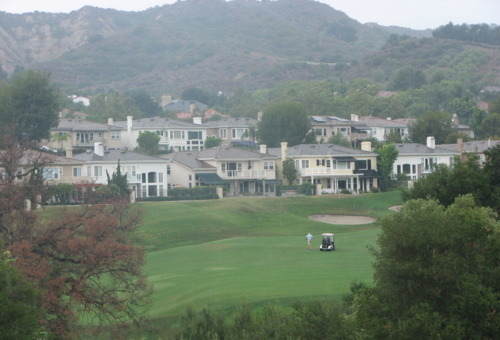 The golf course and the homes overlooking it