I know, I know… I am so sorry it has been a few weeks since my last post, but I don’t know if it’s just because it’s summer, but I have been traveling back and forth, and that just exhausts me. I seriously can’t do anything the next day I get back – either because I’m jetlagged or just plain tired from all the traveling!

But, the good thing about traveling, and summer in general, is that I seem to become my most voracious reading self, so I thought I’d share my summer reading list with you!

First, if you haven’t read the “Fifty Shades” trilogy, go and get it for pure entertainment. I seriously read all 3 books in 2 days. Unlike the Twilight series (which I thought was so poorly written), “Fifty Shades” (which was a Twilight fan fiction) is actually good, and informative (at least for me, as I didn’t know anything about BDSM). Yes, there is sex and “kinky fuckery” all the time, but the main takeaway is that it’s a romance and love story. I thoroughly enjoyed it and am looking forward to seeing how they are going to translate this to film. Plus, why would you want to miss out on all the cultural references to Christian Grey and Ana Steele?

Next, knowing that they’re re-making F. Scott Fitzgerald’s classic The Great Gatsby into a film to be released this Christmas (a contemporary version with Leonardo DiCaprio), I wanted to read the book (yes, I had never read it). I downloaded the book in NYC before my flight, and before I even landed in Orange County, CA, it was done. It was less than 200 pages! Plus, it was a page turner. It’s a beautiful (and tragic) story, and quite insightful on society and shallowness, rampant during the 1920s jazz age, but still very relevant today. I can’t wait to see the film, and I know Baz Lurhman (the director) will do an amazing job because he is creative, visionary, and is seriously my most favorite director (directing Romeo & Juliet, Moulin Rouge, and of course, my favorite movie of all time, Strictly Ballroom).

Likely because The Great Gatsby inspired me, I wanted more insight into the 1920s jazz age! So, I picked up The Paris Wife, Paula McLain’s fictional story of Paris in the twenties and the extraordinary love affair between Ernest Hemingway and his first (starter) wife Hadley. The idea to write in Hadley’s voice came to author McLain as she was reading Hemingway’s memoir, A Moveable Feast, about his early years in Paris. Anyway, it is a beautiful book about their love, and ultimately, their divorce, but also about 1920s Paris, and Hemingway’s start as one of the most influential American authors in the 20th century.

Finally, on my way to Las Vegas for my dear friend Jen’s bachelorette, I listened to an entire book on CD – Running with Scissors, the shocking memoir from Augusten Burroughs. I’ve been meaning to listen to this CD forever, and now that I have, I would love to watch the movie (it came out in 2006 starring Gwyneth Paltrow, Annette Bening, and Alec Baldwin). It’s a crazy and bizarre childhood (to say the least), and it really is pretty amazing that Augusten came out of it somewhat unscathed.

And that’s that. Guess what’s next on my list? A Moveable Feast! I was about to download it to my Kindle but supposedly there are photos, and you can only see those if you purchase the actual book. I want to see photos, so I’ll have to get the real deal. Apparently there are two versions, the first version published in 1964 (3 years after Hemingway’s death) and one that was recently re-edited in 2009, titled the “Restored Edition,” which was published by Sean Hemingway, grandson of Hemingway and his second wife, Pauline (who paints her in a more favorable light). Apparently, the second version may be biased so I think I will pick up the original.

What are you reading? I’d love to hear! 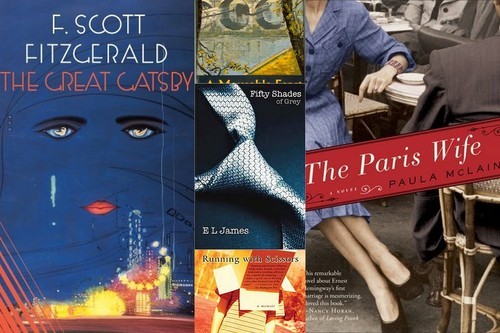