This past Wednesday night I met amazing celebrity fitness and diet guru, Harley Pasternak. If you don’t know who he is, let me clue you in.

The wonderful people at Microsoft were holding a fitness event so off I trekked with my friend Nikki to go up to L.A. at the Westfield Mall in Century City. Of course, I was over an hour late due to the obscene amounts of traffic, but it was well worth the drive.

Harley and the Microsoft team were so super cool. I essentially arrived after the event was practically over, but Harley gave me a personal lowdown on how to tech out my work out! I’ve never been so psyched to try out all these things. I am going to be in the BEST shape ever!

First, I found out about the cool app Runtastic. I am downloading this app ASAP. I also really dig the Xbox Music feature on the Windows Phone. Harley was playing Kanye’s “Clique” so now I’m really into this song – it’s a great song for working out! Finally, Harley now has a Hollywood Workout for Xbox 360 with Kinect so you can train like an A-Lister in the comfort of your home. I still don’t have an Xbox but I’m thinking it is time to finally invest in one so I can be as fit as Rihanna and Megan Fox!

It was a fun evening. Best of all, Microsoft was generous to hook me up with some workout essentials (including cool earphones, a New Balance pedometer, and a fab Lululemon gym bag). Plus, I got a copy of Harley’s latest book, “The Body Reset Diet” which has yet to hit the shelves. Signed and autographed! Thanks Harley! Thanks Microsoft! Too cool…

Check it all out and more at microsoftstore.com. 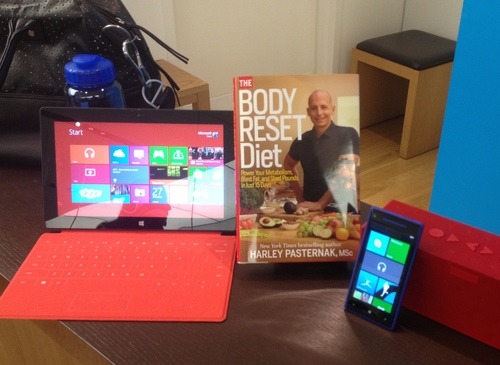 The Surface is pretty amazing. And so is the Windows Phone. 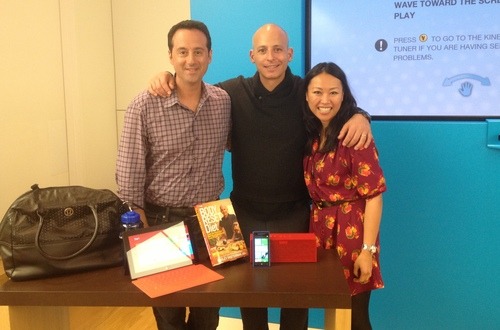 Here I am with Harley and Chris from the Microsoft team! 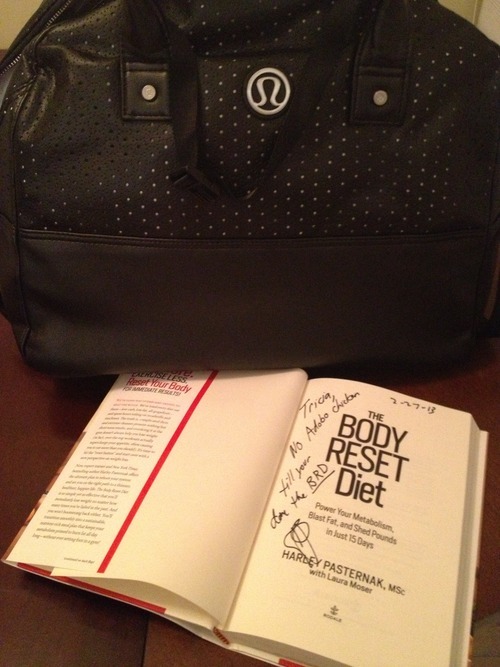 My signed book! What?! No adobo chicken? That will be a tough one!