This post is long overdue because we went to Porto on November 1st. November 1st was a national holiday here in Portugal (All Saints’ Day) so all schools were closed. It was the perfect time for a 7-hour road trip up to Porto, a city I have been wanting to re-visit since we moved here to Portugal last year. 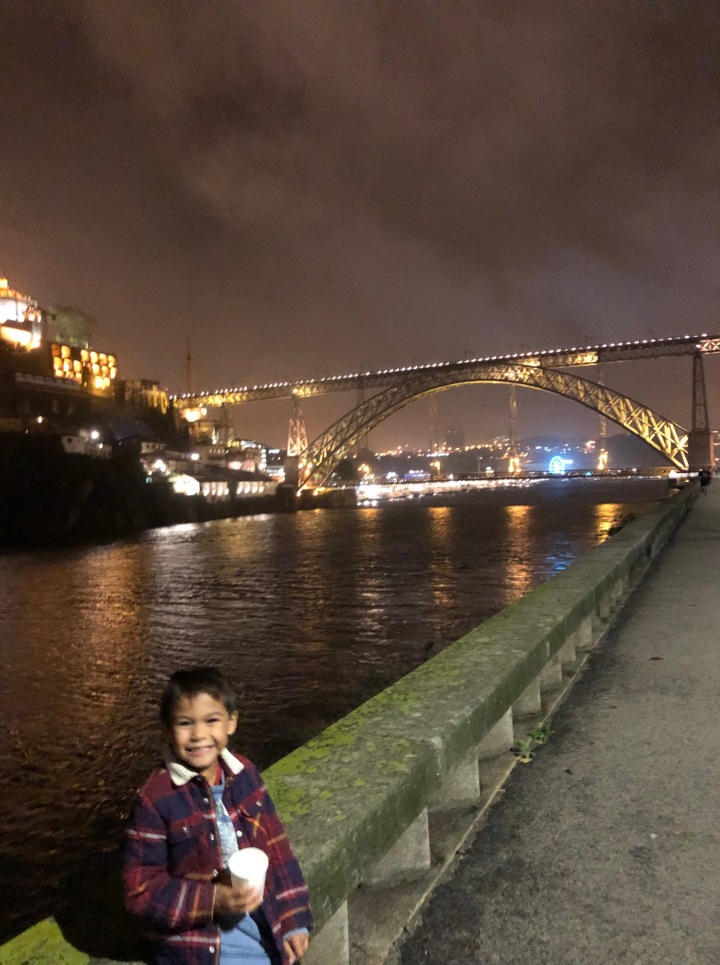 The last time I was in Porto was in 1999 so obviously the city doesn’t look anything like I remembered. Unfortunately, what I recall about Porto was that it was very rundown and poor. Now? Oh my gosh. It is bustling, thriving, and clearly doing great things as the city has taken off as a center of the arts, fashion, and nightlife for Portugal. In fact, in 2012, 2014 and 2017, Porto was elected The Best European Destination by the Best European Destinations Agency.

Anyway, I think I liked Porto a little better than Lisbon (sorry, Lisbon, although I still love you very much). But, it is hard to beat that gorgeous Douro River. Plus, the region is famed for the production of delicious Port wine, which is stored and matured just across the Dom Luis bridge in Vila Nova de Gaia.

Since we really only had one full day in Porto (and a rainy one at that), here is what we did:

Luckily for us, we stayed at the Eurostars Porto Douro, a perfectly situated hotel in the heart of the city and just less than 1,000 feet from Dom Luís I Bridge, in the picturesque and colorful Ribeira neighborhood. 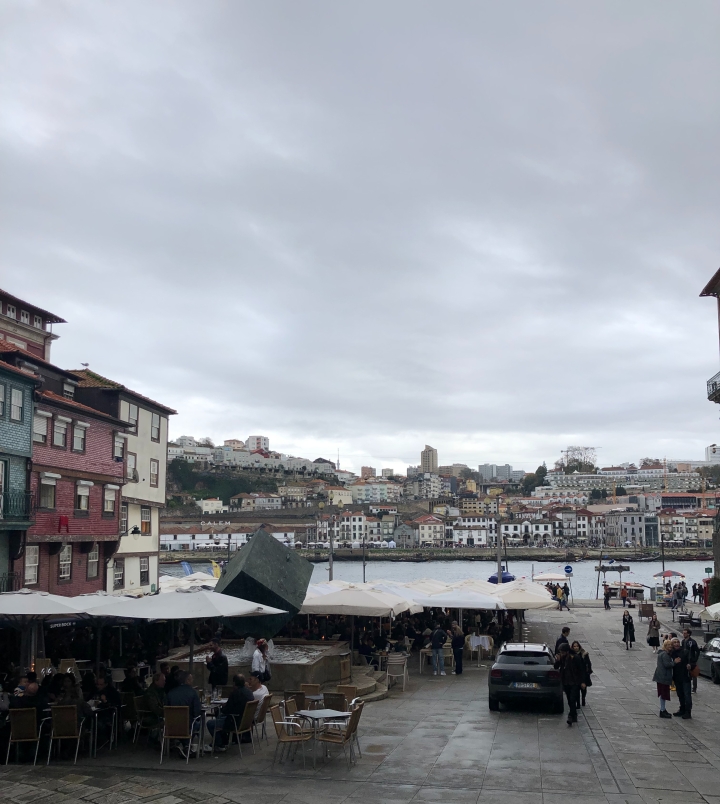 Located on the bank of the Douro River, Ribeira has been declared a UNESCO World Heritage Site starting from 1996 because it is one of the oldest neighborhoods in the city, and still has trace elements of Portugal’s diverse history. Picture narrow streets, colorful houses, and views of the Douro River. Yes – it is gorgeous, grandiose, and simultaneously gritty and glamorous. Best of all, our hotel was a two minute walk to A Bolina, our first taste of Porto cuisine (which is absolutely delicious and flavorful as opposed to Algarve cuisine).  FYI – Porto is known as Portugal’s best food city. (In fact, Jax loved the food in Porto so much that he told me that he loved it more than Italy, which was previously #1 on the list). The setting was cozy, the service was superb, and the tapas were amazing. We got there just in time to snag the last table before the restaurant was fully booked and reserved for the night. 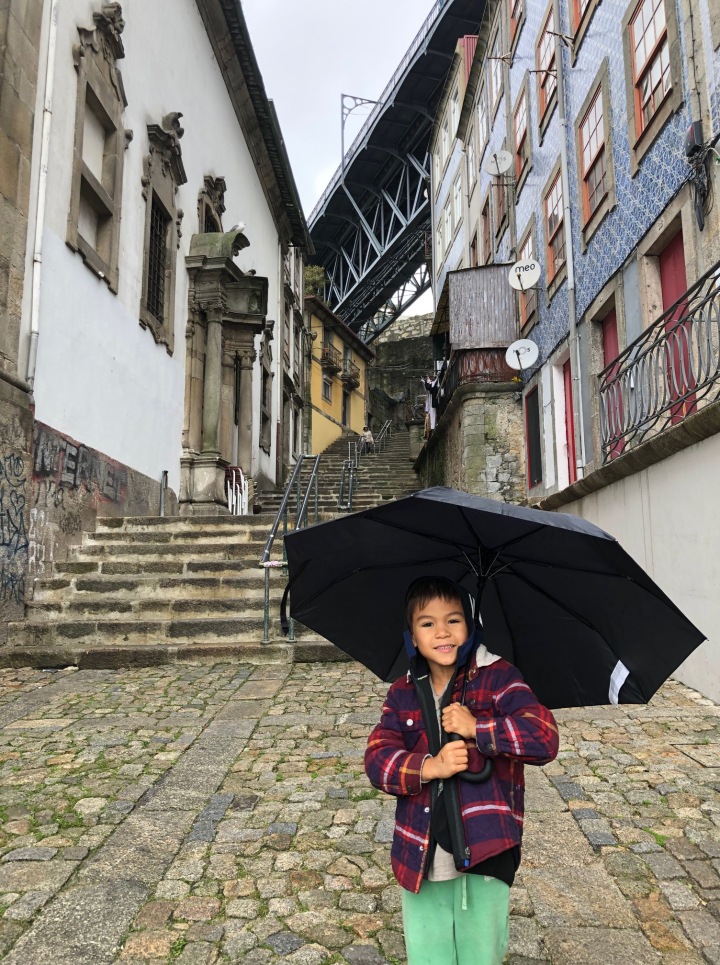 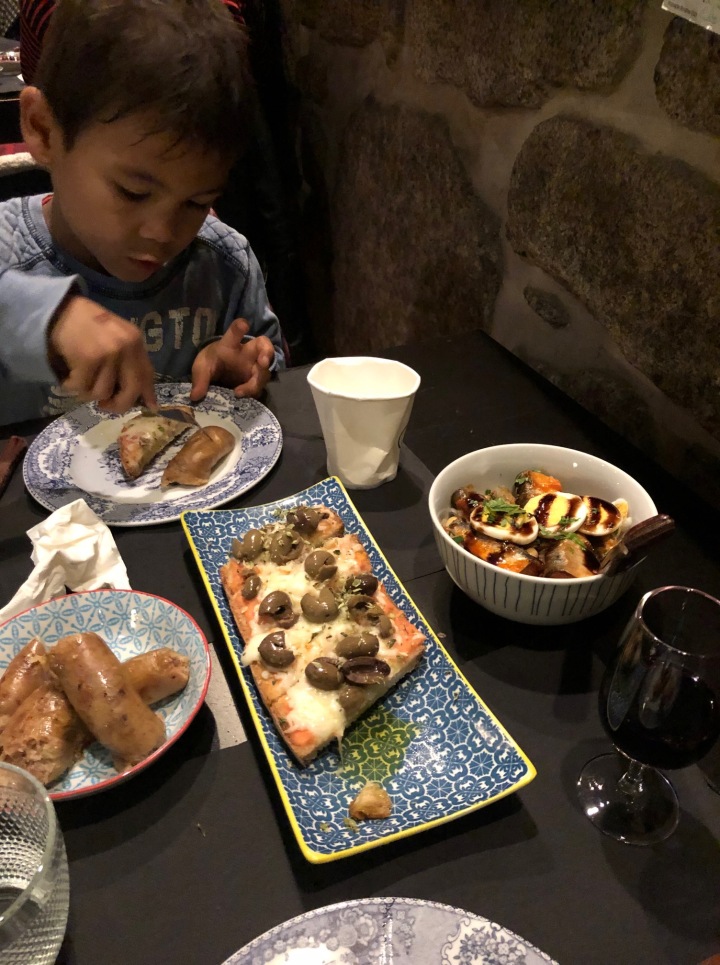 Avenida dos Aliados is generally regarded as Porto’s city centre and this grandiose avenue is lined with lots of great outdoor cafes, shops, and restaurants, beautiful buildings, and a central promenade. The street is capped by the stately Câmara Municipal (Municipal Council), and this is where we found the Porto sign!

The exterior of these two churches is the highlight! The blue and white building, with about 1,200 feet of walls covered with 15,947 blue tiles (azulejos) telling the story of Francis of Assisi, is THE instagrammable photo and one of the best picture backgrounds in the city. 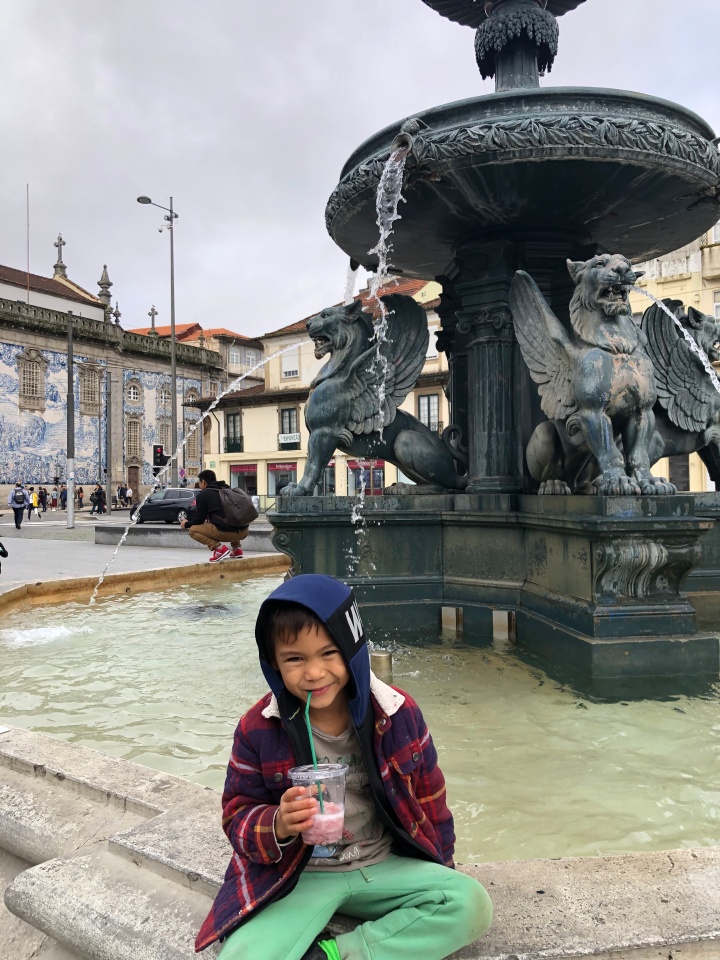 I want to add a paragraph about Livraria Lello because we sincerely tried to go here. But the line was around the block and we did not have that much time to stand in line and wait. Oh well – for me, that is another reason to go back to Porto! Anyway, the claim to its fame is that this 100-year old bookstore’s curving carved central staircase was the inspiration for the Hogwarts Library. Apparently, Harry Potter author JK Rowling frequented this gorgeous bookstore when she lived in Porto and was teaching English here. Also, it is considered one of the most beautiful bookstores in the world, due to its mix of architectural influences, from neo-gothic and Art Nouveau on the outside to Art Déco on the inside.

São Bento was voted tenth most beautiful in Travel+Leisure magazine’s list of the World’s Most Beautiful Train Stations, and I absolutely understand why. The azulejos (blue tiles) at the São Bento station are stunning and definitely worth seeing. It’s easy to just pop into the station, watch the hustle and bustle of travelers, while admiring the gorgeous walls.

For us, this was easy and a no-brainer to check out since we were steps from this iconic bridge, which is one of the most widely recognized structures in Portugal. It is the middle of the trio of bridges over the River Douro to link Porto with Vila Nova de Gaia on the south bank. It looks like the Eiffel Tower and it’s because the bridge was built in 1886 by an assistant of Gustav Eiffel’s and the heavily riveted ironwork is an homage to him. Jax and I enjoyed our walk across this bridge to go to Vila Nova de Gaia to enjoy dinner at the famed Sandeman port winery!

The Porto Cathedral is the most important religious monument in the city and is a key national monument for all of Portugal. 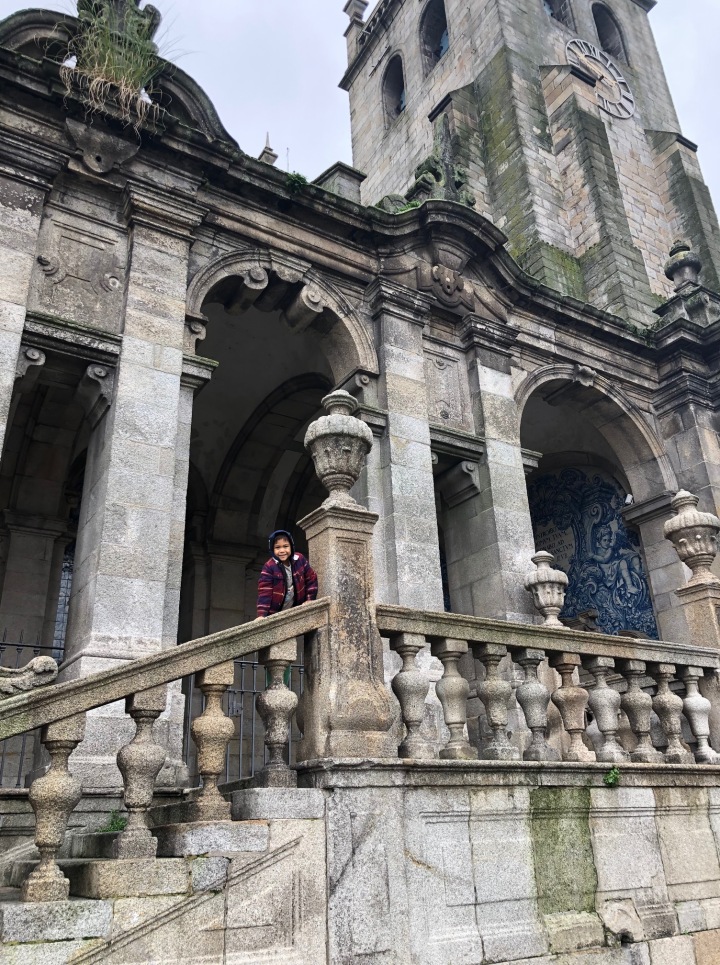 Designed to mark 2001, the year in which Porto was designated European Capital of Culture, Casa da Música is the first building in Portugal aimed to be exclusively dedicated to music, either in public performances, or in the field of artistic training and creation. It was designed by Dutch architect Rem Koolhaas and it is definitely worth a visit. Again, we messed up and didn’t know you can’t just walk through this museum. You must sign up for a guided tour, which happens only twice a day at 11am and 4pm. We arrived at 5pm so it was too late, but we did enjoy the lobby!

And that’s that! Clearly I need to find time to get back up there again!